Originally called "Vilcena", the Bois de Vincennes is the largest public park in the city with its 2459 acres (three times larger than Central Park).

It was part of the forest that surrounded the ancient Roman town of Lutetia. From the 11th century, it became a royal hunting preserve. 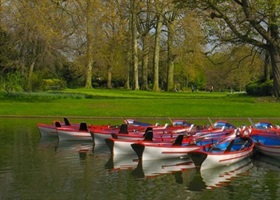