Located in the heart of Paris, the Conciergerie de Paris is the oldest monument left from what used to be the Palais de la Cité, the first royal palace of the French capital. The kings used to live there between the 5th and the 14th century.

The Conciergerie de Paris and the Sainte-Chapelle constitute most parts of what’s left of the Palais de la Cité.

In 1370, when Charles V (1338-1380) abandoned the palace, part of it became a state prison. The two towers and the first level of the building located Quai de l’Horloge served as a jail. The Parliament sat on the second floor.

The Conciergerie prison was considered as many as the antichamber of death during the Terror period between 1789 and 1793 – a bloody time during the French Revolution which was characterized by arbitrary trials and mass executions. 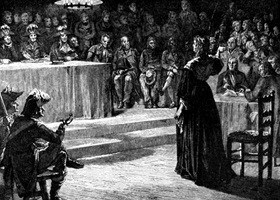 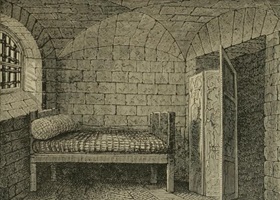 Very few prisoners were released from their cells. Queen Marie-Antoinette was imprisoned there in 1793, then judged and condemned to a death sentence by the Revolutionary Tribunal that same year (see print below).

Renovated between 2011 and the end of 2013, the Conciergerie offers one of the best testimonies to time and French history. 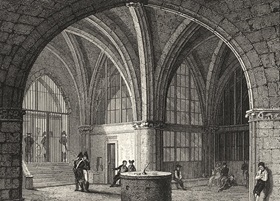 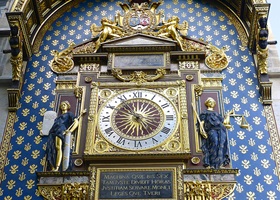 You can’t miss:
The Tour de l’Horloge: located at the north-east of the Palais de la Cité, rue de la Préfecture. It originally was a lookout post to protect the palace. It was built between 1350 and 1353 by King Jean le Bon.
The cells: especially Marie-Antoinette’s.
Remaining items from the Revolution, such as a guillotine blade.